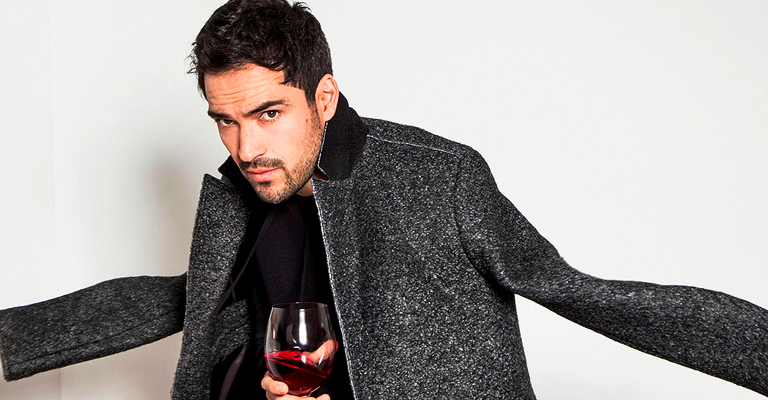 Poncho Herrera (Mexico City, 1983) is one of those actors who has learned not to take work home. Between 2004 and 2009 he became known internationally in the telenovela ‘Rebelde’, but today that is part of the story. After releasing the final episode of ‘Sense8’ (Netflix), we can now see him in the third season of ‘Queen of the South’ (USA Network) and, soon, in the new installment of the historical series ‘Sitiados’ (Fox) . But not everything in the life of this Mexican actor is to be rolling. In fact, social commitment is one of his priorities, so he does not hesitate to criticize, among other things, Trump’s policies when he has a micro front. And this occasion was not going to be an exception.

Your latest work exemplifies very well the care you have when selecting the projects of which you are a part. What should a character and a project have so that you decide to participate in it?
First, I have to like both the character and the story, they have to convey a value or an anti-value. Second, it has to be a project that takes me out of my comfort zone. In other words, it has to be something that makes me learn, in the technical, interpretative and personal part. It has to be something different, either because of the place where it is going to be filmed or because there is something new.

And all those requirements are met by ‘Queen of the South’?
Yes, it is an incredible series because it shows women being strong and powerful in a universe dominated by men. The character of Teresa Mendoza and all the women who are part of this group are antiheroes who have survived thanks to corruption and failures in our system, which is evident in our current reality. I am very happy to work with such talented actors as Alice Braga and Hemky Madera and tell this story with a great team.

It seems that Latino actors are forced to always play the same roles in American productions. Do you have that feeling?
It is like that. There is always the cliché of the drug dealer or the maid who cleans homes in Beverly Hills. I think we are much more than that. Our food, our music, our traditions and our culture are extremely rich. What is perceived in series and movies is a very small percentage of who we really are. Our obligation is to make known all that.

With the end of the series ‘Sense8’ you leave behind a great project. How has it been to have Miguel Ángel Silvestre as a couple in fiction?
Great, we talk a lot and we have a good relationship. When we learned that this two-hour special was going to be done, we got in touch and talked about how our characters and history would go. Miguel Ángel called me because he wanted me to help him with pronunciation. Meet my wife and my son Daniel for photos. He is someone to whom I am very fond.

What has the actor’s trade taught you?
I have learned to say no, which is sometimes very difficult because I feel very bad when they propose roles. At the moment you can think that it is an incredible project and you say: “Go, I’ll do it”. But if you value it, you ask yourself: “Is this project going to take me to where I want to go?”. And then you realize that it’s not what you’re looking for. Saying no give you the possibility to direct your career. That was one of the things that cost me the most when I started.

After interpreting a priest specialized in exorcisms, who do you think needs a good dose of holy water?
Donald Trump, without a doubt —he laughs—.

Have you ever noticed a different treatment in the United States for being Latino?
No, fortunately I have never lived a strange situation, not even now with this president.

Are you worried about what happens in Mexico?
Yes, of course, there are many things to worry about. In Mexico I am concerned about the supposed help that the government was going to provide to the victims of the earthquake last year and who never reached the last elections. It’s amazing what Mexicans have become accustomed to living. It is as if we were permanently anesthetized and blinded by all the unpleasant situations that we live day to day. What happened with the earthquake, for example, the response that was so supportive, showed us that we do not need politicians to generate change. We can be the change.

As an artist, what would you say is your commitment?
I try to be coherent with what I think and what I do, that is, with the characters and stories that I choose. That interests me a lot, the power to give a message, either of a value or an anti-value. For example, some time ago I made a play with Ana de la Reguera that was called ‘Nadando con Tiburones’, based on a Kevin Spacey movie in the mid-nineties. This work explains very well how the world of entertainment works and all the inconveniences that it has. It’s amazing to be able to say, “You know what, this exists and it’s not that wonderful.” It’s not a happy ending and that’s why it becomes a great message.

You have been an ambassador for the foundation of Yoko Ono, Non Violence, and NGOs such as Greenpeace. Given your public visibility, do you consider that you have some kind of social responsibility?
Yes, I have a microphone that gives me the great opportunity to be able to transmit messages that can be useful beyond yellow and decontextualized publications that are not worth it. 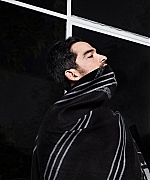 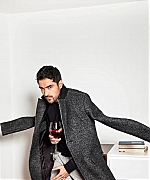 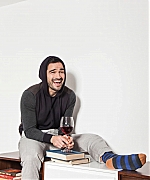 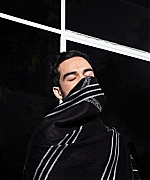 You have compared the experience of being a father with riding a roller coaster. Do you find it difficult to reconcile it with your profession?
Yes, it’s a roller coaster, but it’s the most wonderful roller coaster in the world. It is something that gives you a much greater sense and direction than absolutely everything you do because nothing is already just for you. And I think that, if you propose it, it does not have to be complicated to mix fatherhood with work as an actor, especially if you put your child as a priority. Both things can be done in an appropriate way and putting a lot of effort into it.

During this time, is there a moment that has marked you in a special way?
All. His growth process has seemed incredible to me: his babbling, how he began to interact, how little by little he discovers his surroundings, how he is surprised with it…

Although surely you have days of absolute laziness in which you would not get out of bed.
Now it’s complicated because with such a small child it’s almost impossible —he laughs—. Those days of lying down and watching movies all afternoon have practically disappeared. But when someone comes and helps us, my wife and I spend the day watching series and movies. We miss going to the cinema because with the arrival of the small dinosaur it is not so easy to escape.

Do you consider yourself a social media addict?
They do not have me completely absorbed. I think that networks have become a very useful tool to see news and be up to date with what is happening in the world. Well used they become like your own newspaper because you see the pages that interest you. They are also a great tool to express opinions and to make known what you are doing.

What do you do in your free time?
I try to be with my family. If it is Saturday or Sunday, we will eat at my in-laws’ house or they and my parents will come. We move houses or go to a restaurant. Sometimes, my wife and I take Daniel to the park and play with him for a while. As you can see, most normal things. I also like to do crossfit at night because I just got tired, because when I’m working all day it’s hard for me to lower the revolutions and sport is a way to relax.